The Big Meadow Search is a citizen science project launched in the summer of 2021 with the aim of raising interest and awareness in the importance of grasslands whilst adding valuable records to local environmental records centres. An additional objective is to showcase the relationships between grassland plants and other species such as invertebrates, rusts and galls. We aim to extend the project across the UK and to build a community of grassland enthusiasts.

The Big Meadow Search target species were derived from the National Plant Monitoring Scheme lowland grassland indicator species list with extra meadow axiophyte species suggested by the Carmarthenshire county plant recorder.  Participants were asked to wander around, make note of the species that were seen, tick them off the list and submit their records.  The BMS project data would then be analysed and the records forwarded to the local environmental records centre. It soon became apparent that we were missing an opportunity to record many other species that were being encountered so we encouraged additional species to be included in the submitted lists.

The original aim was to run the project in Carmarthenshire and to only target meadows. As the launch date loomed it was decided to extend the scope of the project across the UK and to include different types of grassland. Traditional hay meadows get a lot of attention and interest but all types of grassland are important as invertebrate and mammal habitat and as food sources, so churchyards, amenity grasslands, verges and wild lawns were included with the aim of maximising engagement with the public and optimising the number and range of biological records submitted.

A Big Meadow Search 2021 Facebook group and @bigmeadowsearch Twitter account were set up to publicise the project, share plant identification resources, showcase target species and to highlight the relationships between plants, invertebrates, rusts and galls. Twitter posts reached five continents and the posts highlighting the associations between the target plants and invertebrates proved popular.

Due to the amount of interest and the wish to engage with as many people and organisations as possible, the search period was extended from the planned two specified weeks between the end of May and mid July, to a continuous search period finishing at the end of July. Social media activity has continued beyond the search period and remains active.

Analysis is ongoing but so far we have data from 76 sites in 14 counties (8 Welsh and 6 English) and have 327 species represented. Eighty one of the 97 NPMS lowland grassland indicator species and 45 of the 62 axiophyte species were reported along with 201 additional species.

The BMS project, like all citizen science projects, has flaws as there is the potential for misidentification and the lack of records for certain species certainly does not equate to proof of absence at the search site. To try and minimise misidentification we would like to introduce an email identification service whereby photographs of plants that are causing identification problems can be submitted for review.

A BMS participant feedback questionnaire highlighted that the majority of respondents reported an improvement in their identification skills and confidence as well as an increased interest in their local grasslands. This demonstrates the potential for BMS to engage with members of the public and to raise awareness of the importance of grasslands in our environment.

The plan now is to promote the BMS project more widely, to potentially host on line beginners field identification sessions and to run BMS again in 2022.

If you have any questions or would like to get involved as an individual or organisation, please contact me via [email protected] 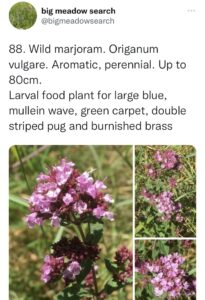 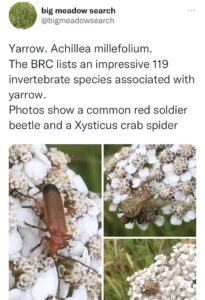 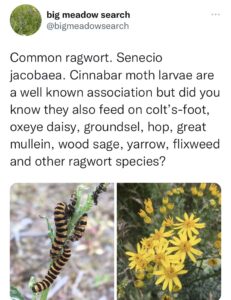 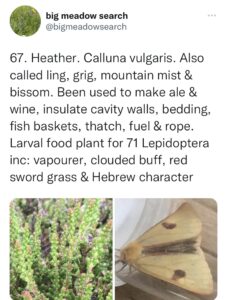